The weather is changing and temperatures are falling in my part of the world, so you know what that means...seasonal affective disorder. I'm getting out ahead of it this year in an effort to minimize the psychological effects of saying goodbye to the sun for the next four months or so and, to that end, I'm collating a "Winter is Killing Me (But I'm Determined to Survive)" playlist. The catchy, upbeat playlist so far includes:

So, which songs have I missed? Please leave me some recommendations in the comments. It's going to be a long winter. (Bleh.)

Happy Birthday to my wonderful, dear

london_fan! I hope your day is filled with everything joyous and good. You deserve all the best. 💕

This is just a quick hello because I haven't been feeling well, but I don't want you to worry. Stay safe, stay out of trouble, and know I love you.

Mother's Day was difficult. It was the first one since my grandmother died, and I thought I'd handle it better than I did. Even though she'd had a few tough years and her mental decline had accelerated, just knowing my grandmother was still physically present had somehow always been a source of comfort. I hated how ravaged her body and mind were near the end, I hated that nursing home she was in, and I really hated seeing the people working there treat her with such gruff indifference, but I would give just about anything to be able to tell her one last time how much I love her and know she heard me.

I can't even visit her grave. No one knows where it is or even if she has one. In the days following Grandma's death, the cousin who was Grandma's power of attorney got into it with my great aunt over items missing from the estate and decided to cancel the memorial service. Then she did who-knows-what my grandmother's ashes in secret instead of interring them next to my grandfather, per Grandma's frequently stated wishes. I'm not exactly a materialistic person so maybe my perspective is skewed, but it's astonishing to me that anyone would be capable of such a heartless, irrevocable act, particularly when the conflict just boils down to an argument over money. Nothing could be worth this.

Side note: The thought that I might, at some point in the future, have a seizure and forget about this entire shitshow only to have learn about it all over again fucking haunts me. Coming to terms once with the hateful things people are capable of is more than enough.

On the bright side, Mr. Malice was wonderful (as always). I think he knew I was in for a rough time because he kept unveiling little surprises throughout the day. We went for a nice drive to get out of the house in the evening, and he made dinner when we got home. At different times throughout the day, I had nice talks with my mom, the girls, the niece we helped raise, and of course our grandson. He kept running around their living room while his mom was talking, occasionally popping in and out of frame to call out things like, "I love you, Grandma!", "Look, I'm an airplane!" and "Now I'm a naked airplane!" (He's going through an extended nudity phase. His parents are working on it.) It was the only time I genuinely laughed all day...at which point I got scolded by my daughter for "encouraging" him. #BadInfluence #TotallyWorthIt

I've really been struggling with my online presence lately, and I think that's part of the reason I haven't been posting much. Not only am I uncomfortable with data scraping by LJ and other host forums, but I also ran afoul of a group of way-too-invested fan girls/stalkers and had to deal with that joyous experience last year. Between the two, I really questioned whether or not I wanted to continue posting online. In the end, I guess I've decided that I just don't care. If selling my whine about Lysol Don or the latest adaptation of a beloved book is your raison d'etre, far be it for me to stand in your way.

Because I have nothing to write about atm, here are five random questions and answers:

1. What’s your most common first thought when you wake up?
Usually either That was a weird dream or What time is it?

2. What do you think of buffets?
For the time being? There are much more entertaining ways to live dangerously.

3. If you opened your ideal business, what would it be?
Probably either a used bookstore where I refused to sell any of my books, or a service in which I'd write really devestating break-up/takedown letters. One of the things I like least about myself is just how good I can be at saying really mean things when provoked, even if the things I'm saying are true. If I ever embraced my dark side, I'd probably try to exploit that ability. Bitchery for hire!

4. What’s the most absurd thing that has become reality for you?
Watching the President of the United States say they're looking into a whether they can inject a disinfectant into the human body, or maybe let light in, through the skin or something like that. I have no idea WTF he meant to say, but what he actually said was just bizarre. Noah Jim Jones, get the boat!

5.What do you never get tired of?
Seeing things others create. Most people are more talented than you'd ever guess.

More accurately, Mr. Malice hears the random weird shit I say in my sleep, but The Romantics never wrote a song about that. According to my amused spouse, two of the apropos-of-nothing tidbits I've offered up lately are: "Nazis slipped something in my bag!" and "It's a Rube Goldberg machine."

...Which just goes to show that even I don't know what I'm talking about half the time.

What weird sleep habits do you have, LJ fam? Have you always had them, or did they creep up on you?

I feel like a lot of my journal lately is just griping. I don't want to be that person, so I'm making a special effort to post something positive and I'd like to invite everyone to join in. Let's take a minute to think positively about ourselves and celebrate our successes, even if they're small...perhaps particularly if they're small. Because they're less flashy, I feel like it's easy to overlook the big impact that small gestures or changes in your routine can make, so please accept this invitation to pat yourself on the back for a bit, no matter what the accomplishment. You deserve it.

Mine: I set up a regular recycling routine last year, and we've been pretty good at sticking to it. We don't have curbside recycling (because we live in a very conservative area and half the people still think climate change is a liberal conspiracy). Aluminum and steel are stored until we can take them to the junkyard aka metal recycling facility. Plastics get taken to the bins in the park, where the city will eventually collect and recycle them. Paper and cardboard are burned in our fireplace and used to help heat our house in the winter. Everything suitable from stale crackers to half-eaten bread is given to the birds, and we have rainbarrels for the garden. The only thing I haven't done yet that I'd still like to is to set up a composting bin. (#goals)

Okay peeps, it's your turn. What have you done to better yourself or others? What are you proud of, and what have you accomplished? Let me know, I'd like to hear it!

Hi. Long time, no type. Sorry to take another breather again so soon, but my grandmother died under difficult circumstances on Christmas Eve. I'm sorry she's gone, though I know she's been ready to go for awhile...she literally said so the week before she passed. So, although I'm glad for her, I'm still sad. Knowing I'll never have the chance to speak to her again is painful. I'd share more, but even talking about her right now is difficult.

Anyway, enough sadness. Would you instead like to hear about the hurricane-refugee cat I'm rescuing? Of course you would.

(It's after midnight and technically Friday, but the rule is that if I haven't been to sleep yet, it's still the previous day.)

By request, this week's honoree is none other than Karl Urban. Although he's probably best known to American audiences as Bones "Lady Boner" McCoy in the "Star Trek" reboot, he's also been part of the Lord of the Rings franchise, as well as The Bourne Supremacy, Thor: Ragnarock, and RED. He's appeared in such television shows as "Xena" and "Hercules" (rocking a bleach job and wings like a Victoria's Secret model, nonetheless), and "Almost Human." You can currently get your kicks and a Karl-fix on Amazon's original series "The Boys." 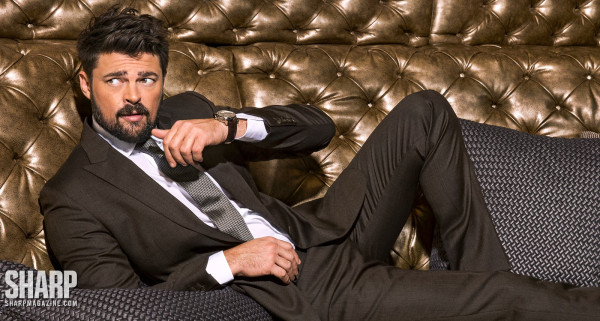 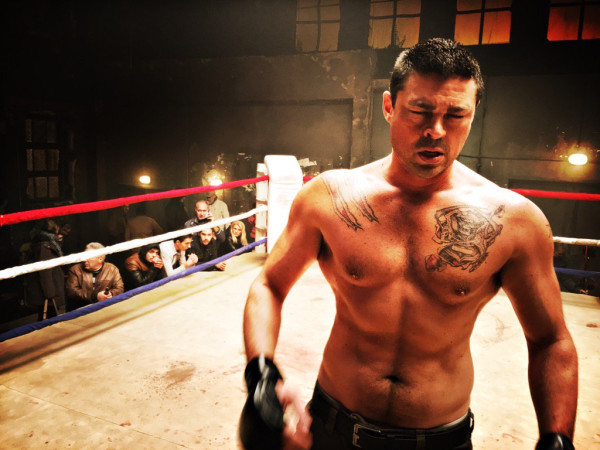 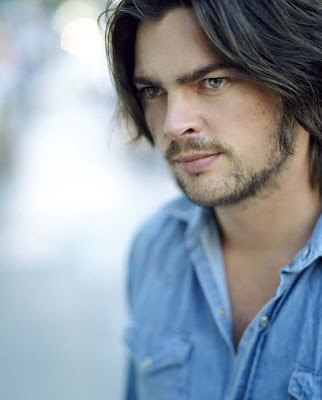 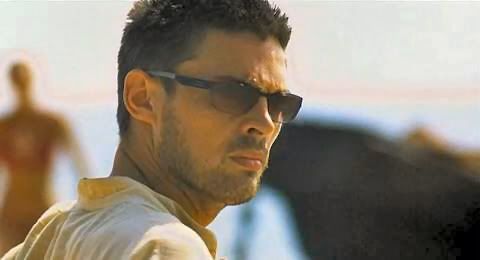 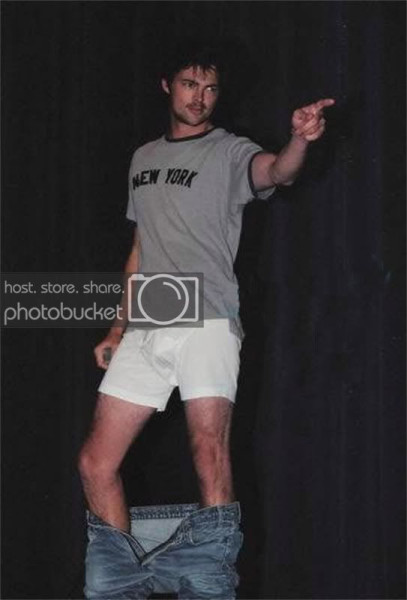